It was the 9 th October 2015 when we first met. John Lennons‘ 75 th Birthday. It was a Friday Evening..Terry had finished Work, and heard Michi playing Lennon Songs at the Reeperbahn. With similar tastes in Music we decided to meet later and try some Songs together. Since then we have worked out a reportoire from Pop History. 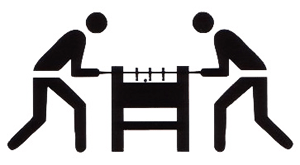